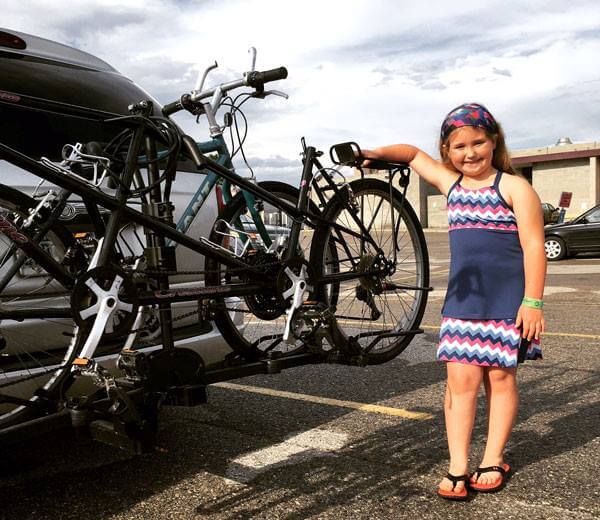 Governor Snyder signed our obstructed license bill, HB 5100, into law on May 16, 2018! This new law, Public Act 147 of 2018, clarifies the definition of an obstructed license plate to exclude bicycle racks and other rear-mounted devices.

In 2016, the Michigan Supreme Court ruled in People v. Dunbar, that law enforcement were within their legal means to stop a driver whose license plate was partially obstructed by a hitch mounted tow ball. The diver in the case did not violate any other traffic laws prior to the traffic stop. Law enforcement claimed Dunbar violated MCL 257.225 (2) which states that a vehicles license plate should be “free from foreign materials that obscure or partially obscure the registration information….”

The reach of this ruling set a dangerous precedent as it broadly interrupted the definition of “foreign materials”. Because of the Supreme Court decision, rear-mounted bicycle racks, tow balls, trailers, boats, campers, motorcycles, jet skis, ORVs or anything else that can be attached to the rear of a vehicle could be considered an “obstruction” and grounds for a traffic stop.

Immediately after the ruling, Michigan bicyclists began receiving traffic citations solely for having a bicycle rack on their vehicles. With hundreds of thousands of vehicles in Michigan using bicycle racks and hitch devices, the unintended consequences of the ruling were dramatic.
Representative Holy Hughes introduced HB 5100, cosponsored by Representatives Steve Marino, Peter Lucido, John Reilly, and Sherry Gay-Dagnogo, on October 12, 2017. The bill sought to clarify the meaning of an “obstruction” of a license plate to exclude bicycle racks, tow balls, and any other device used to carry an object on the rear of a vehicle.

HB 5100 was signed into law and became PA 147 of 2018. The new law states that a vehicles license plate “shall be maintained free from foreign materials that obscure or partially obscure the registration information and in a clearly legible condition. The attachment to the rear of a vehicle of a tow ball, bicycle rack, removable hitch, or any other device designed to carry an object on the rear of a vehicle, including the object being carried, does not violate this subsection.”