LMB is starting a Spotlight series of feature articles on Dollar Per Rider events. Would you like to be featured? Contact Matt at [email protected] Plan to provide a short write-up and at least two photos!

Like many cyclists, Dan Frazier started cycling to try to lose some weight and get into better shape.  To motivate himself, he started racing, got hooked, and started racing up to 70 races per year.  Even being hit by a car in 2016 didn’t deter him from organized cycling.

During his ‘rehab’ after being hit by a car, he rode a few ‘donut’ road races in other areas, just for fun.  Donut races have ‘donut stops’ along the route, where riders can choose to stop and eat donuts.  For each donut they eat, minutes are deducted from their finish time, so that someone who isn’t fast, but can eat can beat a faster rider who does not eat.  These were all road events, and attracted a wide variety of riders, from kids on ‘banana’ bikes, people in costume on cruiser bikes, to organized teams. 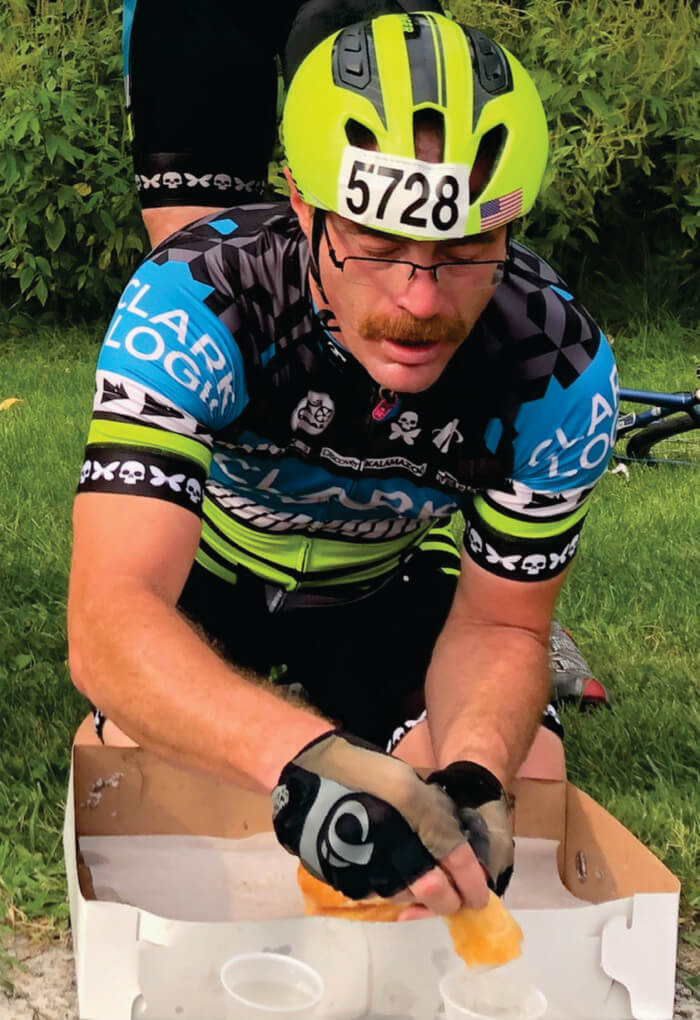 Meanwhile, gravel racing was taking off, with more events added to cycling calendars.  Dan became an avid gravel rider, and realized how much safer he felt, due to the lack of vehicular traffic.  He also realized that nearly all these gravel events were for ‘competitive’ teams, and casual riders were few and far between.  Dan began thinking about how to make gravel riding more inviting to the new or casual rider.

While driving to a donut race, inspiration struck.  Why not combine donuts and gravel?  After all, it’s hard to be too serious with a face full of donuts, and it would be a fun way to introduce people to gravel road riding.  Of course, there had to be a competitive section as well, since Dan is a hard-core racer, and knew others would want to crank it out too.  Kicking around ideas with a friend in the car, the subject of names for such an all-inclusive event came up.  What to call a race that combines dirt roads and donuts?  What else but the Dirty Donut! 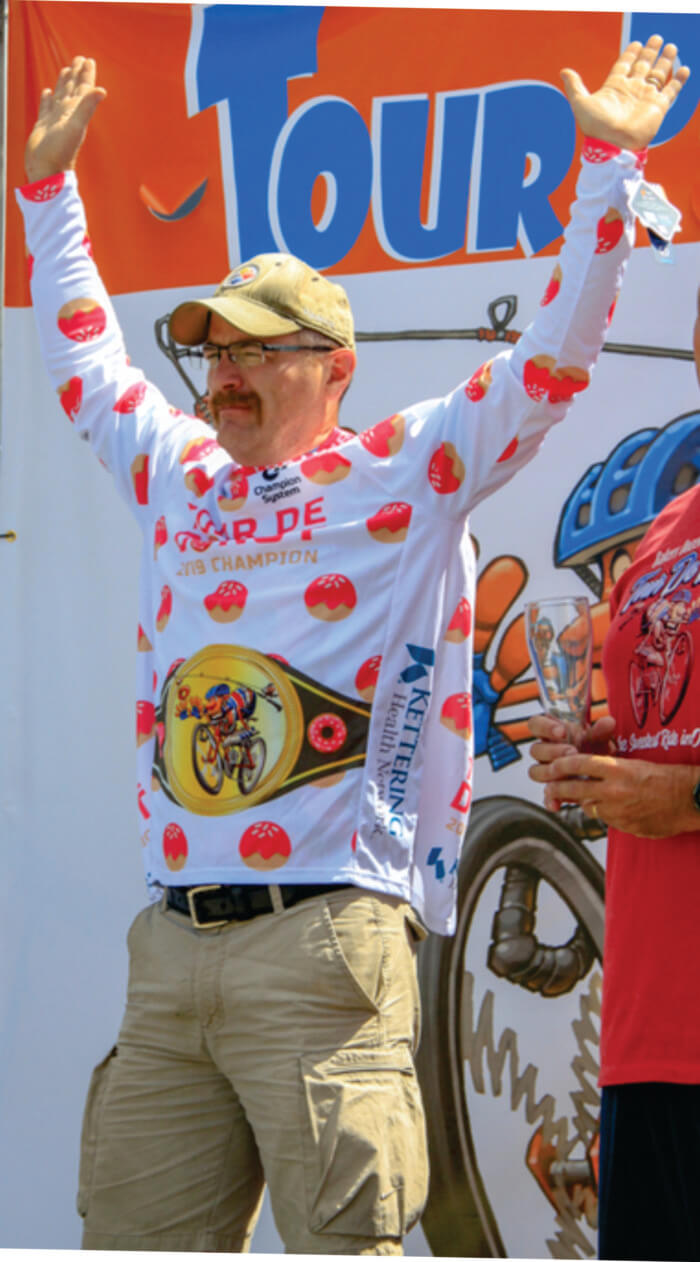 The first Dirty Donut was in 2019, in conjunction with National Donut Day in early June.  Despite unseasonable cold, unrelenting drizzle and chilly breezes, 233 intrepid riders took to the back roads of Allegan County for some muddy donut fun. Riders downed dozens of donuts, raised money for Make-A-Wish of Michigan and League of Michigan Bicyclists, and won great prizes, including a new gravel bike.

This year, the Dirty Donut will be on May 31, 2020, in Martin, MI.    There are three distances, categories for both casual and competitive riders, and new this year, the 41-mile Sprint distance will have an extra category as part of the 2020 USA Masters Games! The USA Masters Games is a multisport, Olympic-style event for athletes 21 and older that is held once every two years in a different part of the country.

Based on prior attendance and early response, this year’s Dirty Donut is anticipated to be a sellout.

Get more info and register at www.dirtydonutrace.com.

As part of Dirty Donut Race’s support of the League of Michigan Bicyclists, LMB Members can save 10% by using code lmb20 when registering.  The code is valid until April 12, 2020.

Don’t miss out on what looks to become a Southwest Michigan destination event!