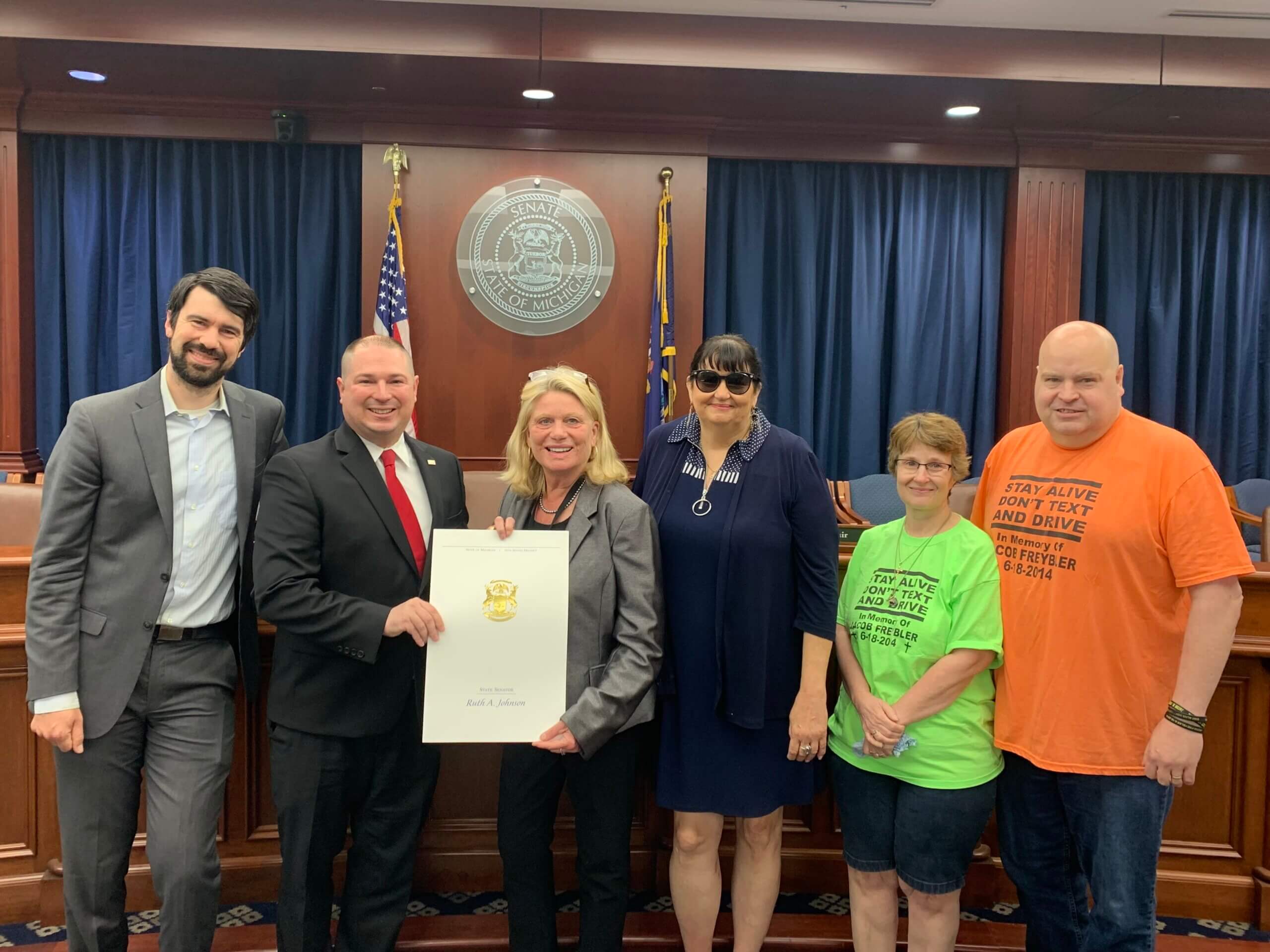 What happened: The Senate Judiciary committee met Thursday morning and voted to advance the distracted driving bills, HB 4277-4279! The vote tally was 6 in favor, 0 against, 1 pass. These bills expand the texting-while-driving ban to make it illegal to hold or use a phone while operating a vehicle, except in an emergency or under certain limited exceptions. Sen. Ruth Johnson (above) offered a substitute which narrowed one of the exceptions in the House version of the bill, which strengthens the bill but adds another step (House concurrence) for its passage. We decided to support the substitute, which was approved 7-0.

What’s next: The full senate may take up these bills as soon as next Thursday, or wait until after the summer break. More than 400 of you have taken action to contact your state senator – thank you!

This next week will be critical. Many other serious state and national issues are competing for lawmakers’ time and attention. All of them are important. But this one is ours: if we don’t show senators that distracted driving is an urgent threat, who will?

Can you email and call your state senator by Monday to let them know how much distracted driving matters to you?

What then: Assuming the full senate votes to approve the bills, there are two steps left for them to become law: the House of Representatives has to concur in the Senate changes, and the governor has to sign them. We’ll be closely monitoring progress and working with our partners to identify and overcome any obstacles.

With gratitude: We’ve been working for several years now to get stronger distracted driving laws for Michigan, and it wouldn’t be possible without a strong coalition of fellow advocates and partners. We’d like to extend our deep gratitude and appreciation to all of them, and especially recognize:

In conclusion: There’s a finish line in sight. We could have a signed bill within the next two weeks. But that will be the start of a new journey: the path to changing habits and behavior for every driver across the state, until it become just as unacceptable to pick up a phone behind the wheel as it is today to pick up a beer. Together, we’re up for the challenge. Thanks for taking part!