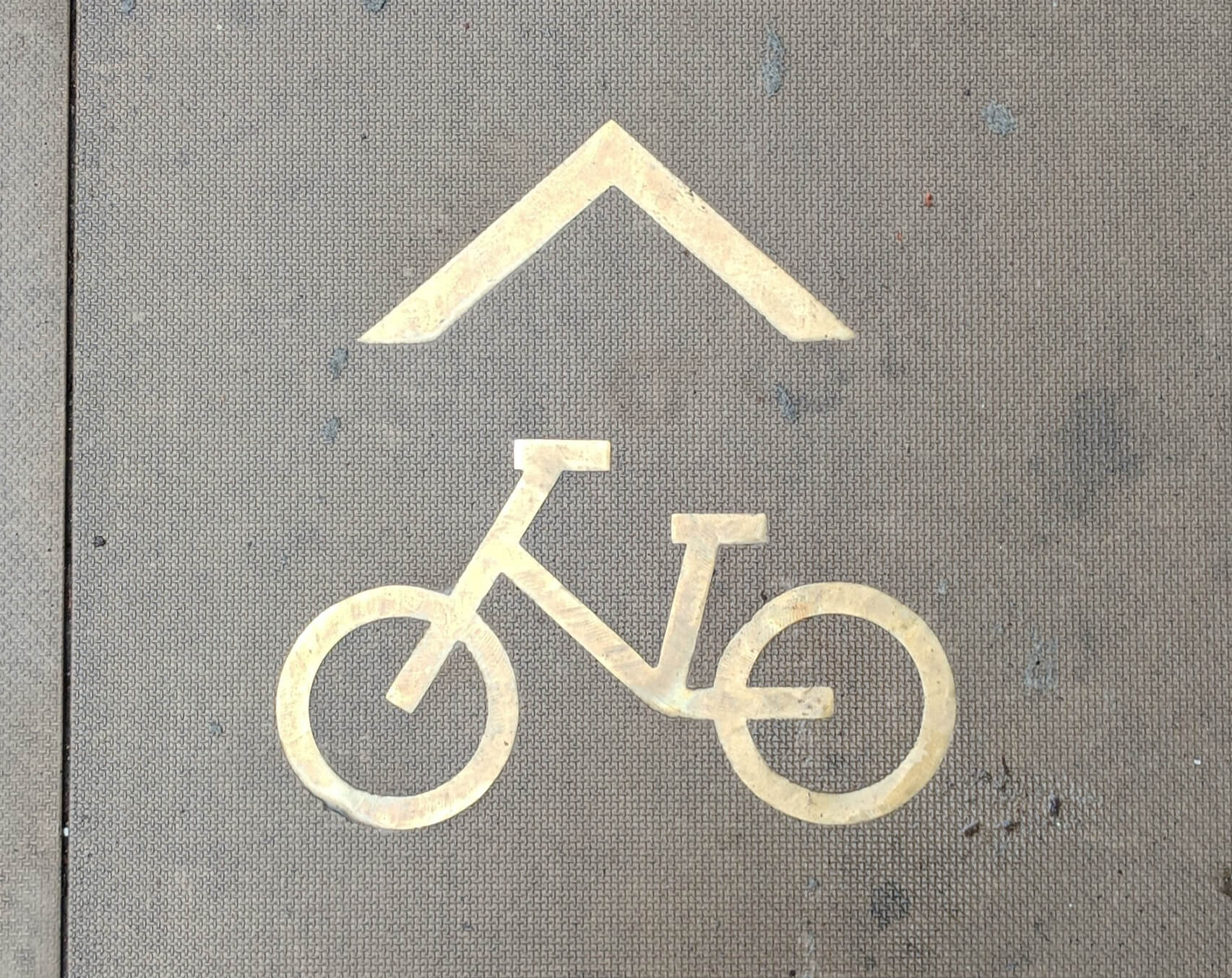 Starting today, September 27, 2018, drivers must give a minimum of 3-feet of room while passing bicyclists on Michigan roadways. The new Public Acts were passed with overwhelming bipartisan support and were signed into law by Governor Snyder on June, 29 2018. 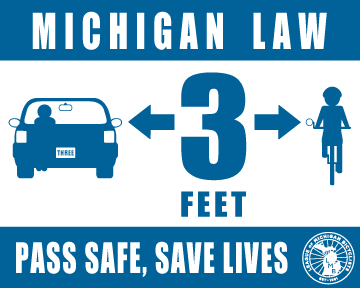 PA 279 of 2018 requires a motorist attempting to overtake a bicyclist traveling in the same direction to the left of the vehicle give at least three feet of distance to the right of the bicyclist until they have safely cleared the bicyclist.

Working with our membership and organizational partners, the League of Michigan Bicyclists (LMB) led the charge to enact this common-sense safety measure. “This is a major first step to educate the public and improve bicycle safety in Michigan. We are encouraged to see the overwhelming support from lawmakers, law enforcement, and the general public for this new law,” said John Lindenmayer, LMB Executive Director. “Bicyclists on the roads are not just bicyclists, they are moms and dads, brothers and sisters, best friends, neighbors, and co-workers – they are people in our communities trying to safely navigate our streets. They also are vulnerable roadway users. These new laws recognize this and help to create a safer environment for all roadway users in Michigan.”

Violations of PA 279 of 2018 are civil infractions resulting in a fine and three points on the motorist’s record.

Until today, Michigan was one of only 11 states without a safe passing law. “We were really lagging behind other states on this issue,” said Lindenmayer. Michigan saw a significant spike in bicycle fatalities in 2016, with 38 cyclists killed on Michigan roads. This was nearly double over the previous year. According to the Office of Safety Planning, 21 bicyclists were killed in crashes on Michigan roadways in 2017 and another 1,356 were injured. “We are encouraged that bicycle fatalities are down and optimistic that this new safe passing will help continue that trend since a significant portion of crashes and fatalities involve a motorist striking a cyclist from behind.”

In signing the legislation Governor Snyder noted, “Many Michiganders enjoy activities like bicycling, but these activities can leave them vulnerable to vehicles sharing the road. Drivers must exercise caution and maintain awareness around vulnerable roadway users.”

LMB would like to thank all bicyclists and bicycling friends who supported the legislation. A special thank you to bill sponsors Representatives Hughes, Alexander, and Bizon, as well as Senators O’Brien and Knezek for their leadership and support of this legislation.

The League of Michigan Bicyclists is a statewide membership-based education and advocacy organization with a mission of promoting bicycling and the safety of bicyclists on Michigan roadways.