This article was originally posted on the Michigan Bicycle Law blog and is reproduced here with permission. The author, Bryan Waldman, is a board member of the League of Michigan Bicyclists. 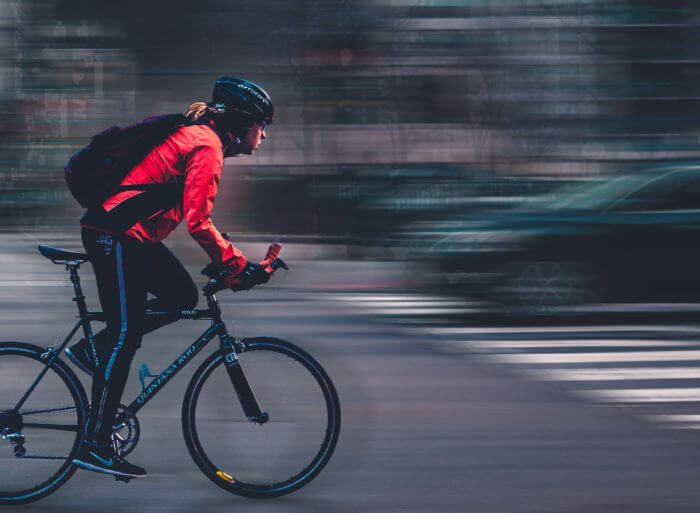 Since 1973, Michigan has had a unique auto insurance system, commonly referred to as the Michigan Auto No-Fault Law. Many have praised this system due to its lifetime coverage. This system has proven to be an invaluable resource for those catastrophically injured in a crash. However, there have also been critics, primarily due to the increased cost of Michigan automobile insurance.

On June 11, 2019, dramatic changes were made to Michigan’s insurance law. The most significant changes for cyclists are scheduled to take effect on July 2, 2020. This article is intended to educate cyclists about the changes that will most likely affect them, and to provide a roadmap for purchasing insurance that will allow cyclists to be best protected under the new law.

(1) claims for allowable expenses under the Michigan No-Fault Act;

When a cyclist is injured in a collision involving a motor vehicle, they are entitled to receive Michigan no-fault PIP benefits. These benefits include claims for:

Obviously, enormous harm can be caused by automobiles, particularly for cyclists and pedestrians.  A cap of $250,000 or even $500,000 in medical coverage may not even cover the cost of initial hospitalization. As a result, there will be extremely harsh consequences for cyclists who purchase limited allowable expense benefits. There is no question that numerous Michigan residents will have to file for bankruptcy and seek government subsidies, such as Medicaid, because they have purchased automobile insurance coverage with limited allowable expenses. Fortunately, under the new law, consumers will still be given the option of purchasing unlimited/uncapped allowable expense coverage.

Additionally, it is worth noting that under the new Michigan auto insurance laws, insurance companies are required to not only continue to offer unlimited allowable expense coverage but to do so at a price that results in a rate reduction which is “an average of 10% or greater per vehicle.” Accordingly, the reduction is not based on a percentage reduction of the rate charged to any specific consumer, but an average of all consumers. Additionally, the reduction is based on the rates charged by the insurance company which were “in effect on May 1, 2019.”

Another issue when purchasing no-fault PIP insurance is the option to buy coordinated or uncoordinated coverage. Essentially, uncoordinated means the auto insurer pays all medical expenses. Coordinated coverage means health insurance pays first and the auto insurer pays whatever is not covered by health insurance. Typically, coordinated no-fault policies are sold at a reduced premium. However, the premium reduction may not be worth the disadvantages of purchasing a coordinated no-fault policy. One such disadvantage may be that, under the new no-fault law, certain health insurers who pay benefits to a person injured in a crash may be entitled to seek reimbursement from the injured person’s liability settlement (see section below). The issue of whether to coordinate or not coordinate no-fault coverages under the new law is a complicated question that requires careful thought.

2. Liability Claims Against the At-Fault Driver

A liability claim is a claim against a motorist whose negligent or careless acts cause another person to be injured. The law does not allow an injured person to recover twice for the same damages. This means that prior to July 2, 2020, all claims against a driver who causes a collision cannot include a claim for reimbursement of medical expenses, since all medical expenses are paid for as part of the no-fault PIP claim. However, when a person is injured in an automobile collision and they have elected to purchase limited allowable expense coverage (as described previously), this will mean they will be able to sue the at-fault driver for all medical expenses above the limits on their auto insurance policy.

Since most cyclists also own and drive an automobile, it is recommended they purchase enough liability coverage to protect their assets, should they cause a collision that results in a serious injury to another person.

It is estimated that approximately 20% of Michigan motorists drive without any insurance coverage.  If an uninsured driver causes a collision resulting in an injury, uninsured motorist coverage allows the injured person to assert a claim against their own auto insurance company, who will then stand in the shoes of the uninsured driver. This allows the injured person to recover all damages that they would have been able to receive from the at-fault driver from their own insurance company up to the amount of uninsured motorist coverage purchased.  Of particular interest for cyclists is the fact that under most auto insurance policies, a “hit and run” driver is considered an uninsured motorist.

Since cyclists are among the most vulnerable roadway users, lawyers that represent cyclists have always strongly recommended that they purchase as much uninsured and underinsured motorist coverage as they can afford. This will continue to be the case under the new auto insurance laws.

One of the goals of the changes to Michigan’s auto insurance laws was to reduce premiums. One can only hope that this will be the case, but even in states that have an auto insurance system that requires absolutely zero medical coverage, a significant percentage of motorists still drive without insurance. For example, Indiana does not require medical coverage but in 2015, almost 17% of Indiana’s drivers were uninsured. Accordingly, uninsured motorist coverage will continue to be extremely important for cyclists, and it is critical that cyclists purchase as much uninsured motorist coverage as they can reasonably afford.

Likewise, underinsured motorist coverage will remain important for cyclists. Even though the minimum liability insurance coverage is being raised from $20,000 to $50,000, this is still far too little insurance coverage to cover the damages typically sustained by a cyclist who is injured by a careless or negligent driver.

Beginning after July 1, 2020, no-fault insurance carriers may begin selling “managed care” no-fault insurance policies. In short, this would mean that a person could only seek reimbursement for medical care if they treat with healthcare professionals approved by the auto insurance company. In our opinion, this is likely the easiest decision for cyclists and all people who buy insurance. Auto insurance companies already have lists of “approved medical providers.” It is our opinion that some of these healthcare providers are highly skilled and care about providing injured people with quality care, but they are the exceptions, rather than the rule. It often seems like the only criteria for a physician to be included on an insurance company’s list is that they will consistently conclude that a person is not injured, or that they do not need further medical treatment. A few examples of insurance company approved doctors that have testified against our clients include: (1) an orthopedic surgeon who hadn’t performed surgery for decades; and (2) a psychiatrist who was asked to perform an evaluation of a client diagnosed with post-traumatic stress disorder (PTSD), who hadn’t seen a patient with PTSD for over 30 years!

Recommendations for Cyclists Who Do Not Own a Car

Cyclists who do not own a car, are not insured under a parent’s policy, or do not reside with a family member with an auto insurance policy, are going to be at a tremendous risk under the new law. If they are involved in a motor vehicle collision as a cyclist or as a pedestrian, their allowable expense benefits will be limited to $250,000. High-risk drivers are the people most likely to hit them, and they are also the most likely to have no insurance, to have limited insurance, or to flee the scene of a collision. We recommend that these cyclists purchase something called a “non-owner” or “named non-owner” auto insurance policy. This policy allows someone that does not own a motor vehicle to purchase auto insurance that will cover them if they are driving a vehicle owned by another person, are a passenger in another vehicle, or when they are a cyclist or pedestrian involved in a motor vehicle collision. These policies can be purchased with no-fault PIP, liability, uninsured, and underinsured motorist coverage. However, named non-owner auto insurance policies are not offered by all insurance companies.

Summary of Recommendations for Cyclists Under the New Auto Insurance Law

(2) purchase as much bodily injury/liability insurance as they can reasonably afford;

(3) purchase as much uninsured and underinsured motorist insurance coverage as they can reasonably afford;